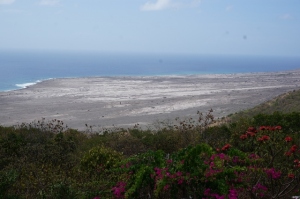 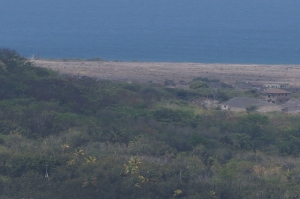 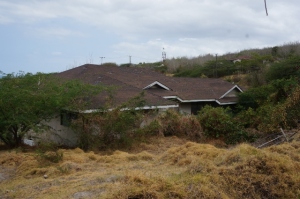 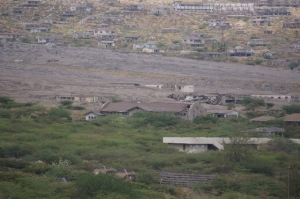 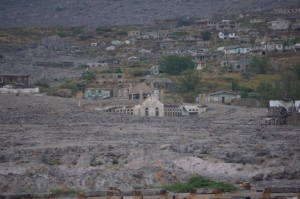 Finding suitable words to describe this schizophrenic island is difficult. The eruption of the volcano in the late 1990s buried the capital under rivers of ash, burning everything combustible. The mass evacuation meant that there was minimal loss of life, but the majority of the population never returned.

Now riven in two, the north of the island is gradually being built up, but lacks a focal centre. It is the only place we have been to where the airport is on the top of the mountain! Driving round the island inevitably is to see the south. The views are awesome, not least because the volcano is still smoking. The top is only seen for a moment, but the smoke emerges from the sides as well.

On the east side, the remnant of the former airport’s control tower is the only thing standing proud in the vast field of ash that has extended the land out into the sea. To the west, the ruins of larger buildings are still visible. But it is nearby where the tragedy is even more poignant. The exclusion zone forced many from their homes, and these have just deteriorated with the evidence of a rapid exit very visible. Further still is the next zone area, where people are now able to return to their property. Many are beautiful houses in spectacular locations, (often for sale), but how do they cope with knowing they could be forced out again were the volcano to become more lively?